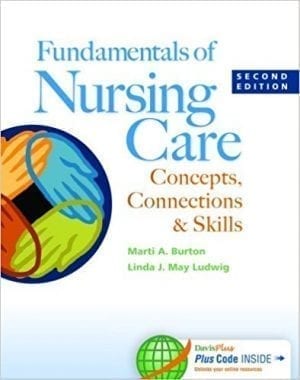 Identify the choice that best completes the statement or answers the question.

____    1.   A nurse is educating a nursing student about nursing history. The nurse explains that throughout ancient history, nursing care was provided by family members and

____    2.   A nurse is teaching a student about the history of nursing. The nurse informs the student that in 1836, the first school of nursing was established in Kaiserworth, Germany, by

____    3.   A nurse teaches a student nurse that in 1897, the Nurses Associated Alumnae of the United States was formed in an effort to

____    6.   The title licensed practical nurse (LPN) is used in all states except California and

____    7.   The National Council Licensure Examination for Practical Nursing (NCLEX-PN) is

____   11.   While caring for a patient, a nurse performs a nursing action that is not within his or her scope of practice. The nurse has violated the

____   13.   A nurse is caring for a resident in a long-term setting. The nurse best demonstrates a caring approach when

____   14.   A nurse is caring for multiple patients on a medical unit. The nurse can best practice the art of nursing with an emphasis on caring by